Elder Yates' parents and siblings were coming to the mission office at 10:00 am to meet up with him after two years and he was so nervous, he was up here in the office waiting for them by 9:40!!!  They arrived and it was a great reunion, but I could see the Elder Y was stunned at the change in his siblings - especially his youngest brother who was only three when he left to come on his mission  -  now he's five and there was no comparing him to the little three-year-old that he had left.  He had permission to go (with his companion as they had not yet been released) with his family for sightseeing and shopping   Pres. Freestone and an Area S&I brother were meeting in the president's office when all this was going on, so we had to keep things reasonably quiet  -  it wasn't just the Yates family that were here - the other six missionaries were also up here checking out so they could go and enjoy  their designated "final shopping" day.

Pres. Freestone got a big shock when the moving company brought all their personal effects to the MH - he was livid - the boxes arrived torn with stuff falling out of them, including their clothing which was supposed to be hanging in wardrobe boxes.  He took lots of photos which the moving company will be receiving!

I had a new experience trying to pre-book luggage for an elder who was over the limit and no matter what I tried I couldn't get it to work.  The reason was that the airline that his ticket was purchased from was not the carrier.  We booked on Aegean, but Lufthansa is the carrier!  So that means he'll have to pay double the cost of what it would be if you could do it on-line!

The museum at Delphi 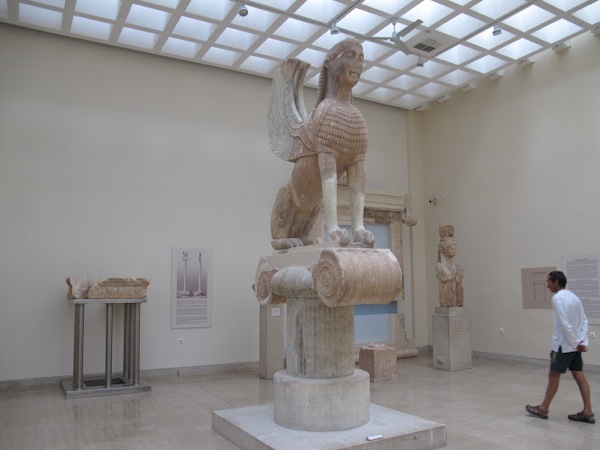