Brent went yet again to the Driver's License place to try and get his Greek DL!  This time he was successful in that he has a piece of paper saying that he has it, but he has to wait until they call him to pick up the real thing.  He feels REALLY bad that they kept his Alberta license which will be returned to him when he leaves Greece.

Pres. Freestone is getting into the routine of things a bit more now as today, he got the first of his monthly trips to Cyprus and Thessaloniki planned and some other things have been resolved that were holding him up too.  It's been a rough month for him.  The couples were invited to the Mission Home tonight.  We had a lovely dinner that we each contributed to, followed by some training and then some games.  The games were hilarious and a fun way to learn about each other.  I sounds like it is going to be a monthly event where ever possible.

This is the last of the Delphi pictures.  Remember, it was 45C. that day and even the young elders had trouble with that kind of heat!!  - 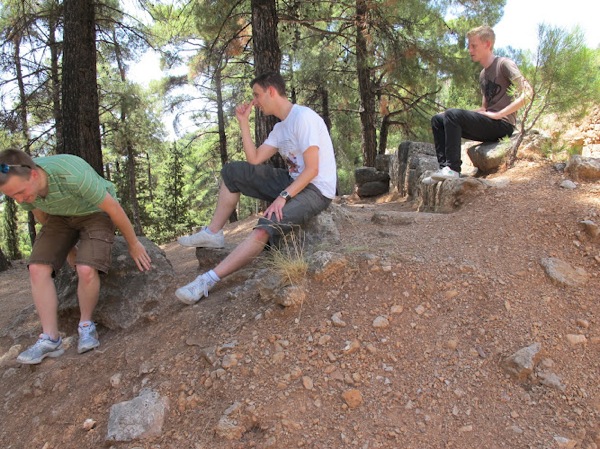