The Elks came here and Elder Elks and Brent took their cars into the dealership to have work done on them.  Elder Elks' car is the one that wouldn't start unless you used jumper cables to start it!  and Brents just needed brakes and an oil change done.  Found out that the battery in Elder E's car was broken and so he got a new battery and all's well now.  Sis. Elks stayed here with me while all the repairs were going on and we got lots of work done.  She is the best organizer.

Pres. F. came up here to meet with some folk from one of the branches including one older lady.  This lady has been won't to "run the show" in her branch - priesthood included!  to the point that they cannot have meetings without her coming  in and taking over.  (They're all scared of her!)  She was one of the very first members in Greece and over the years the branch has been lacking in experienced leadership and numbers of members so the correct model for branch operations has been lacking somewhat they are trying to run things correctly now, but she makes it tough.  I guess she was told nicely that she cannot come to those meetings anymore, but she is welcome at RS and other meetings the sisters have.

This, being the final week before the eight missionaries return home has brought a flurry of enquiries from parents - two of them resulting in a complete resistance of plane tickets and another family who are already touring here in Greece needing permission to visit with their son and then figuring out time and place and where to park (that's a laugh) and so forth - all of which takes lots of time!

Another photo from Delphi - 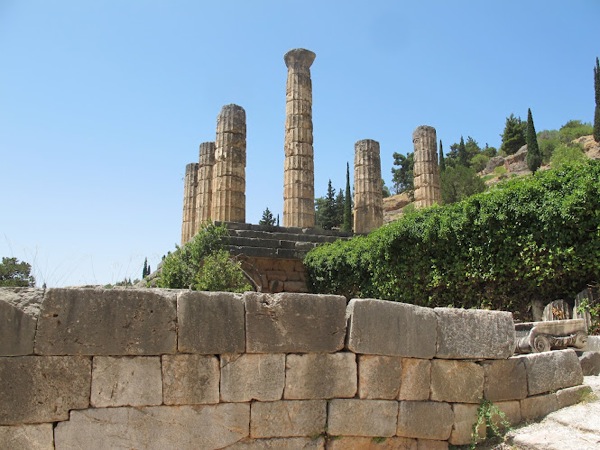