Went to the airport to pick up Pres. & Sis. F.   There were two flights from USA come in at the same time as their flight and there were loads of people waiting and loads of people coming through the gate - it was a zoo and clearing customs and baggage took them half an hour longer that usual.  On the way home, we picked up President's car - we had it in for oil change and plugs replaced.  Later, we had a Skype about Raz winning ribbons, a medal and a trophy at a dog show at Spruce Meadows  -  Good dog, Raz! 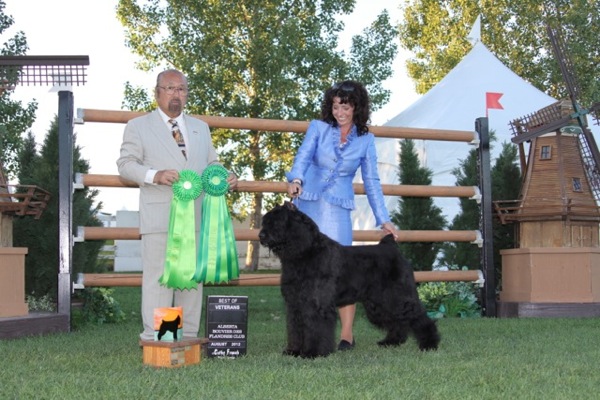