Brent & I got permission to skip the Zone Meeting and he came a took our cakes down for us.  We Chose Poseidon's Temple to visit today.  It's about an hour and a half drive south of Athens through some really neat little towns.  It's a much nicer area than Athens - the houses have plenty of land around them and the growth is amazing.  Rich kept exclaiming how it was just as he had envisioned Greece.  Lots of trees, shrubs and lots of flowers on everything.  The architecture intrigued him too.  There seemed to be more palm tress down this way as well - giving you the feeling of a tropical area.  We arrived at the "temple" and bought tickets (4 eruos ea.) and made the short, but gentle climb up to the ruins.  It is situated on a bit of a headland and sits high above the sea - which is on three sides there.  The views were incredible and not too many people were up there which made it great for lingering and enjoying everything. We watched a number of large ships go by and many smaller craft speeding along - making that "slap - slap" noise as they bounced off the swells.  It was really warm, but there was a lovely cool breeze right off the sea that felt so good.. Jani & Rich decided they wanted to scramble down a fairly steep slope to touch the way - we waited up top- it would have been do-able going down for us, but getting back up was another thing!!  We drove back home taking the coast road which was incredibly beautiful - the color of the sea is remarkable -so blue and clear.  Back home, we fixed supper and Freestones called, so we invited them to eat with us (we knew they'd be really tired after meeting all day) - then the Assts. turned up and they also joined us.  It was a lot of fun

In front of the temple of Poseidon 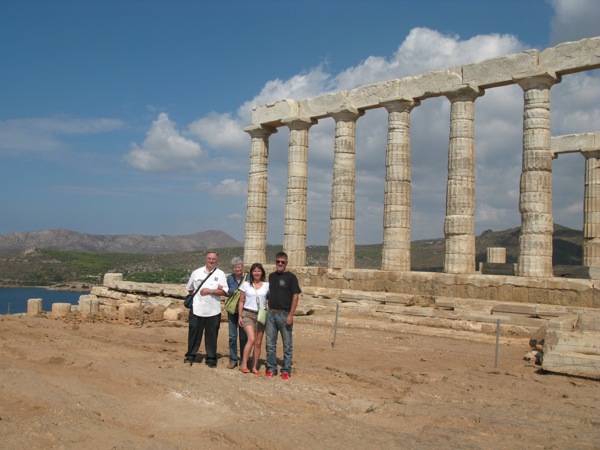 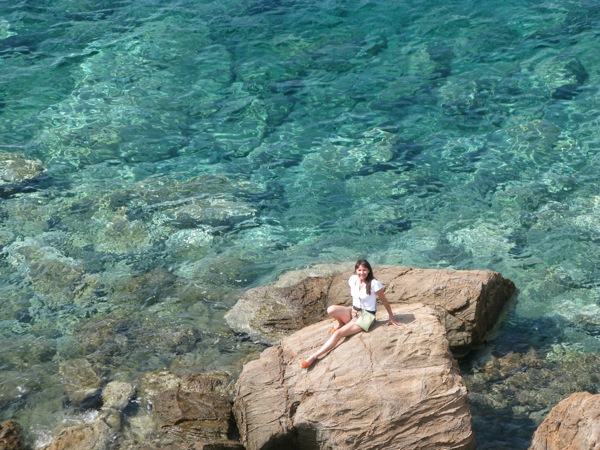 A grouse making itself at home on a restaurant table! 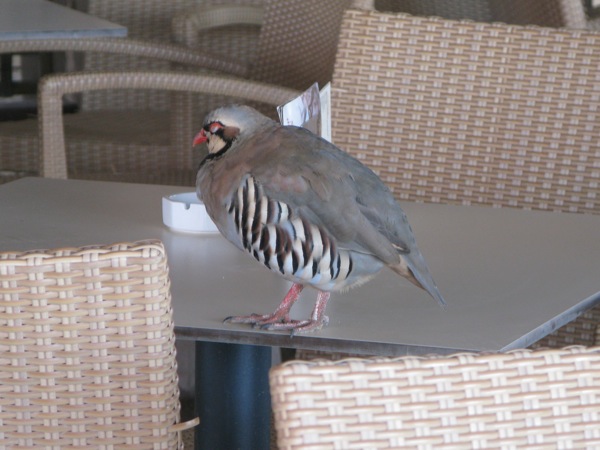