Rick's birthday!    The pigeon is still here on the balcony, but he's moving around a bit more and actually perched on a hose for a while.  I think he was tired of having feet flat for so long!   Pres. came over here to work today and stayed most of the day.  He helped us set up the color printer - thank goodness! - Brent & I would not have had a good time trying to get it up and running.  It works well.  Brent inveigled Maria to come down and teach him how to make Moussaka.  He wrote it down step by step and took pictures as well.  It is a big job and took about a couple of hours.  We had some for supper and it was very good - however, we had this huge pan left and were so happy when the Assts. came here at supper time that we could share it with them.  They had been out with the Elks all day trying to find two suitable apartments as we need them by the 25th Sept. when the 10 new missionaries arrive.  Since March we have been closing unsuitable apartments so now we need to replace them.  The accounting problem with my transactions not being visible on the system has been resolved, but, the girl I check with regarding problems, wasn't told by the "techies"  what was wrong, only that other accounts had had the same problem!!!  Oh well, it's working now.

This is the wonderful Moussaka - 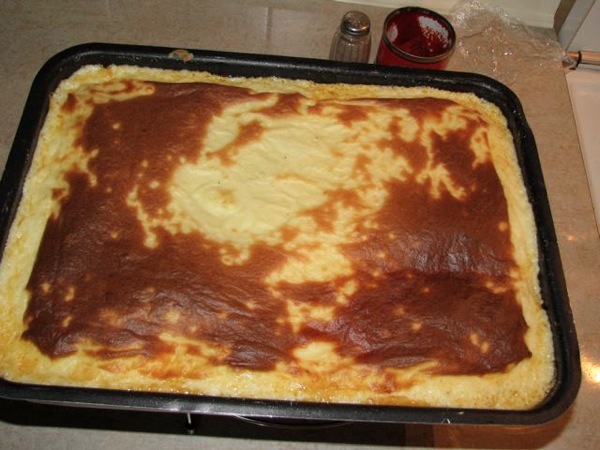