We were up and at it early today as our group was going to visit the Corinth canal and the ruins at Corinth for a day trip.  There were ten of us going to Corinth and the remainder chose to go to Delphi (we had been there before).  The drive to Corinth was rainy and foggy and wasn't great for seeing the views.  We arrived at the Corinth Canal first and we were surprised at how far down from the top it was to the water.  Where we were standing on a bridge, it was 148 ft. down to the water.  We watched an open-top tourist boat go under us - it was fairly small, but some ships under a certain width can go through, but they are pulled through by a pilot boat.  Then we went  some miles further into (new)Corinth.  The weather had  more or less quit raining by then and we stopped at a park right on the edge of the Gulf of Corinth - there was a big statue of Poseidon there.  Even though it had quit raining, it was still overcast and threatening which was a shame - it would have been a spectacular view of the Gulf and the land on the other side if the sun was shining.  We travelled on through (new) Corinth to get to (old) Corinth ("Corinthia").  There is a great lack of road signs and directions to points of interest so we basically found the ruins by driving around until we could see we had gone too far up as when we looked down we could see the temple of Apollo.  Being off-season and not a pleasant day, we practically had to place to ourselves.  It covered a huge area and we ambled around  taking in what once was a marketplace, stoa, springs, fountains, a Roman amphitheater and the temple of Apollo - at least that's what the little placards in various places said - you had a hard time picturing what was supposed to be there as what you really saw were heaps of rocks and some "foundations" of structures. The sun came out and it felt really good, but there was still and pretty stiff, cool wind.  We walked down a little streets nearby and looked at the little shops - Corinth is known for its fine pottery.  We found a little restaurant that had an upstairs patio at the back which overlooked the temple and the digs and had some lunch there and it was good.  The trip home was uneventful, but, because the weather had cleared we could see a lot more of the countryside and closer to Athens, we got a really good look at Piereas which is the port to Athens.  There were lots of ships in the area waiting for their turn to dock.  A good time was had by all 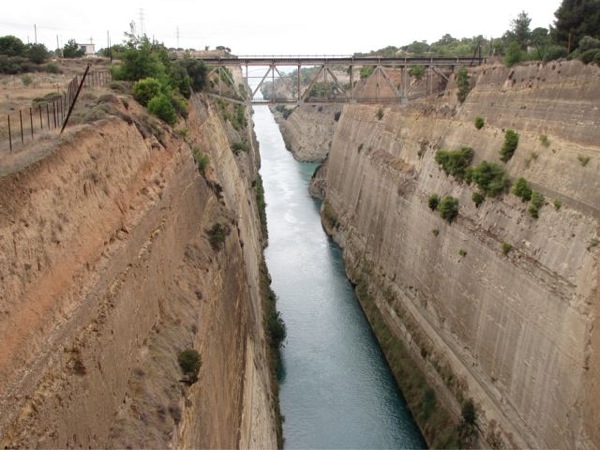 All, but two of our group and Brent (who was taking the pic) 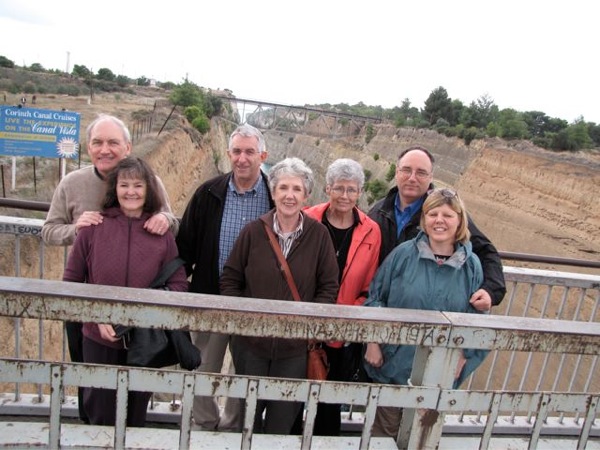 Some of the ruins 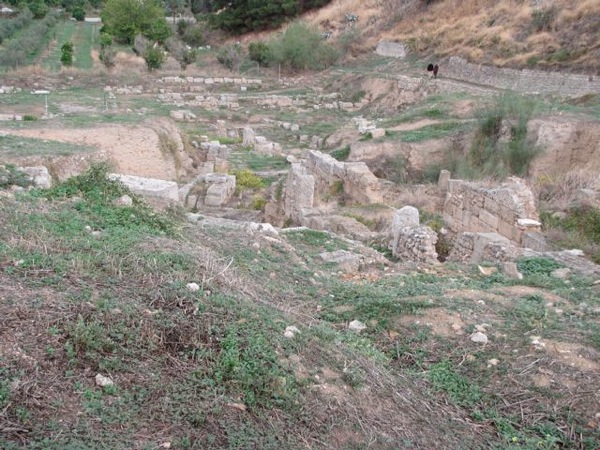 This is Acrocorinth.  What you can just make out is the remains of the fortified citadel of ancient Corinth.  The is also a temple of Aphodite up there. This is the temple of Apollo.  It looks like all the other temple ruins, but these columns are made from a single piece of stone.  The others I've seen seem to be sections of stone placed on top of each other. 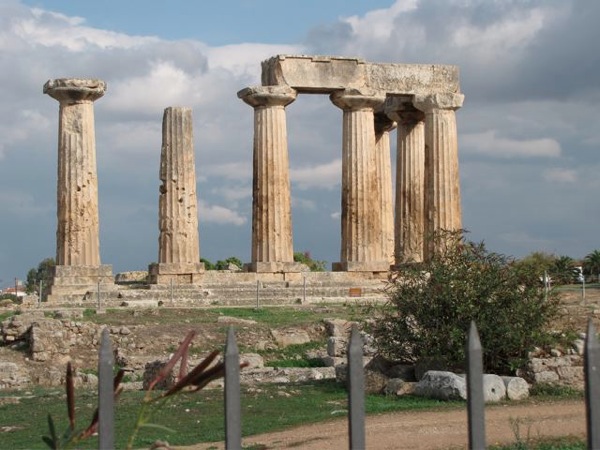