First, we went and picked up Pres. & Sis. Freestone from the airport.  It was Prep Day and next, we picked up the Elks and did a quick trip down to Sounio (Poseidon's Temple).  There is not much there to see in the way of ruins - only the temple really - but there are digs in progress in the area back of the temple, toward the more populated area.  As you might remember, the temple actually sits atop a bluff which has the sea on three sides, which is why the settlement was behind the temple.  At the digs they are uncovering traces of buildings, wells etc. so eventually it will be a larger attraction for tourists.  It is a remarkably peaceful place - there were not very many people there - tourist season is virtually over, but while we were eating lunch in our car, three big tourist buses arrived - so I guess it isn't completely done yet.  It was kind of cool, not raining, but overcast - it was lovely to get a break from the busyness of Athens.  We drove back on the coastal road which is always great and when we arrived at the Office, there were four elders sitting on the steps waiting for us!!  So much for our break!  They had come up to retrieve some winter clothing from their bags in the storage room.

Sis. Elks and I having fun! 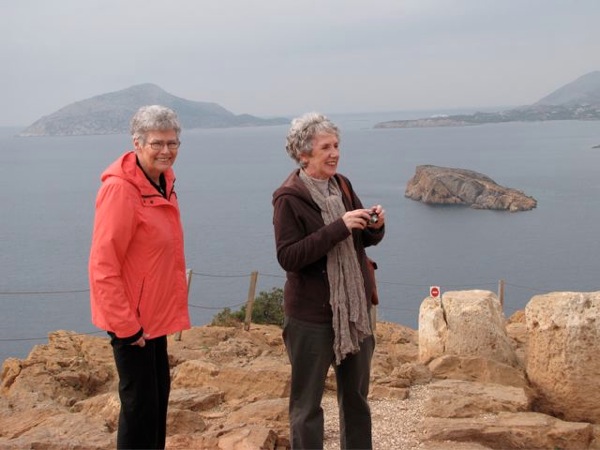 Two fellows at the digs  -  they're not doing much - maybe that are on a break??? 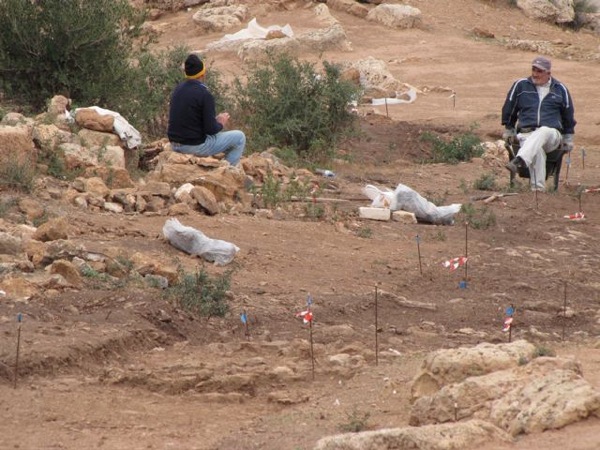