The weather forecast was iffy again today, but as the day got going it got better and better, so our Corinth trip began.  First though, the Elks arrived once again to cover for us – we can’t express how grateful we are to them – and Brent and Brenda went and purchased a birthday cake for Davey as we planned to celebrate a little bit, his birthday which is coming up on the 30th.  For one reason and another we didn’t get on the road until 11 am, but it’s only about 1½ hours drive and we were there by 12:30.  We went straight to the Ancient Corinth site and headed up to Acrocorinth -  A road twists from the ancient site to the summit, which is a  rugged limestone sugarloaf mountain that rises 566m (1,855 ft.) above the plain.  On a clear day, the views from the summit are great.  We drove to the parking lot which is just below the summit, but hiking up to the fortress/castle is really no place for the physically challenged  -  “Demanding walking, limited paved areas, and lots of uphill hiking over rocks etc. But the views are spectacular, and the little chapels, the cannon, and the medieval atmosphere are very cool indeed.”  Even where I was in the parking lot, it was amazing.  I sat in the van with the door open and took in the view and listened to the birds – it was very peaceful.  The rest of the crew were up there for about 1½ hours and they came back thirsty and a little bit red from the sun.  We went down the mountain to the ancient site and walked around the ruins a bit and ate some food that we had brought with us and topped that off with an ice cream treat from a little kiosk.  The kids found a playground  while Brenda checked out a pottery shop where she purchased a few items.  Then it was time to head home but first, we had to stop at the Corinth Canal and was fortunate enough to be there as a ship was being towed through. This canal separates the Peloponnese from mainland Greece, connects the Gulf of Corinth with the Saronic Gulf and is quite something to see. Once home, we had souvlaki and gyros for supper and the surprised Davey with a cherry cheesecake.  It was a lot of fun.  Then Brenda and Sherry did loads of washing in preparation for packing in the morning. 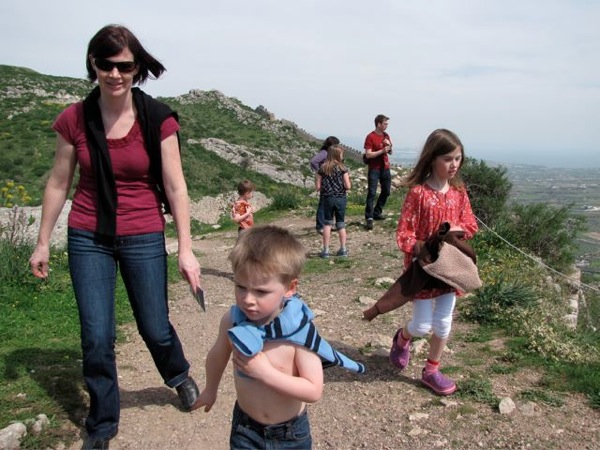 This was my view from the parking lot up there - 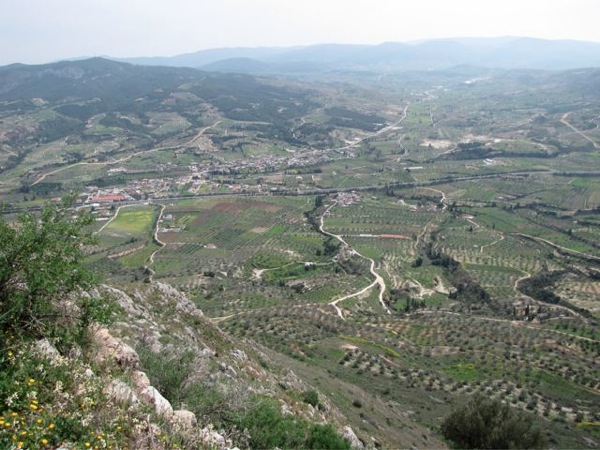 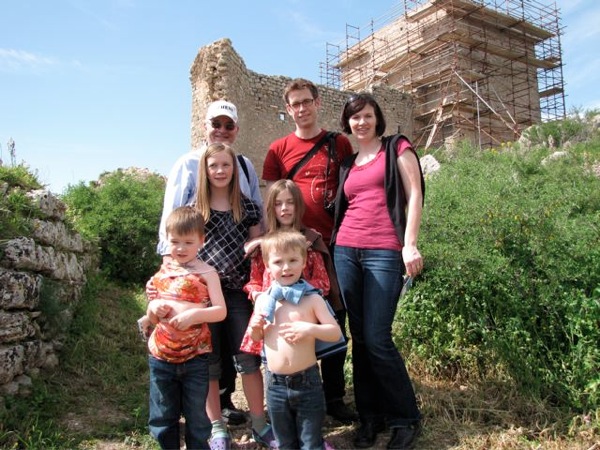 Lauryn, Sophie & Rhys back down in Ancient Corinth in front of Apollo's Temple - 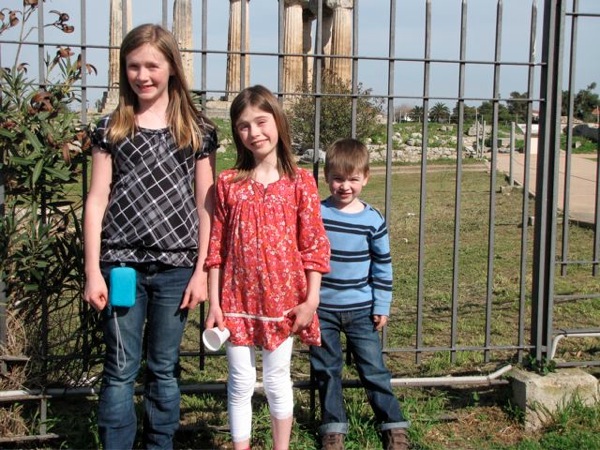 The ship passing through the Corinth Canal - 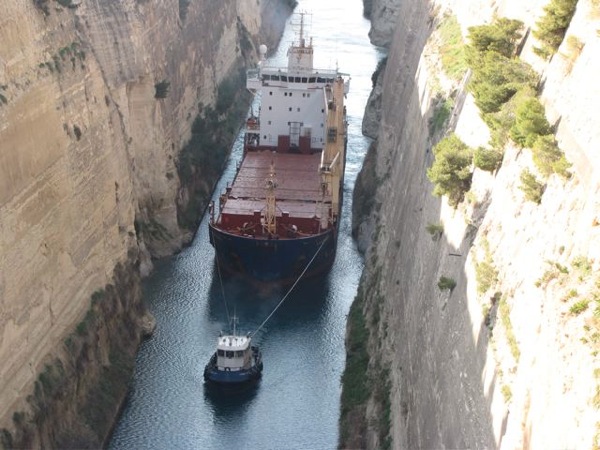